The first documented Canadian UFO report from a person of European descent may well be the following. The report is found in the "Diary of Mrs John Graves Simcoe" who was the wife of the First Lieutenant-Governor of the Province of Upper Canada (1792-1796) now known as Ontario. 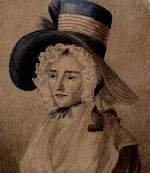 Elizabeth Posthuma Simcoe writes of an area rich in Native Canadian mythology and the scene of many reported UFO encounters since.

"Sat. 24th --Dr. T. M. Nooth says a great light was observed last night in the air in a direction N.E. beyond St. Paul's Bay, which is 30 leagues below Quebec, opposite Isle aux Coudres, in the St. Lawrence. He supposed an eruption had taken place from a volcano, which is believed from the reports of the Indians to be in those parts, and a fresh eruption might have taken place there, occasioned by an earthquake which was severely felt a few days since near St. Paul's Bay. However, there is much of conjecture in the supposition about the existence of this volcano."

And from the Quebec Gazette:

Please note that the "Quebec Gazette," of the 22nd December 1791, contains a letter from St. Paul's Bay written on December 11th, giving an account of a violent earthquake that occurred on the 6th at Bay St. Paul and relating the fact that there were thirty shocks in one day.

On the 17th, about five o'clock in the evening, "a globe of fire appearing to the eye of the size of a 48-pound cannon ball was observed in the sky coming from the northeast, disappearing in its perpendicular descent above St. Paul's Bay, after bursting with an explosion."

This strange "great light" which Dr. Nooth observed on the evening of the 23rd may have been a repetition of the "globe of fire" of the 15th. 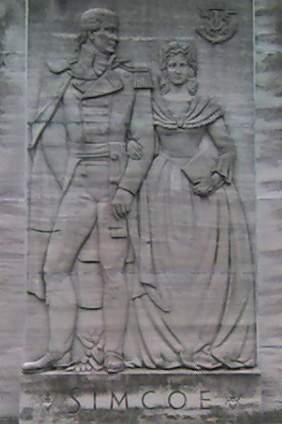 In an interesting, but unrelated side note John Graves Simcoe played a small part in a well known New York haunting documented here.