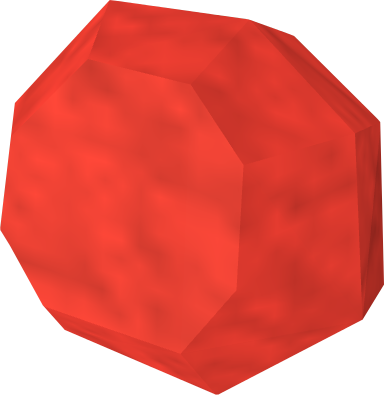 On November 4th, 1990 at approx. 1 am, I was getting ready to go to bed for the evening. My then husband, children, and my sister who was visiting, had already turned in for the night. I had been watching an "Elvira Mistress of the Dark" movie with my brother-in-law, when I looked up at the clock. Realizing it was way past my bedtime (I had small children at the time) I got up to lock the sliding glass doors to our balcony.

At the time we were living on the 10th floor of a condo building, and as I had young children it was my habit to make sure those doors were always locked. I will also mention that this apartment had a SSE exposure with a clear view of Lake Ontario, and the Pickering Nuclear Generating Station. As I went to lock the glass doors I observed a large, red, glowing orb similar to the artist interpretation above to illustrate what I saw.

It was like nothing I had ever seen before.

In my pajamas I stepped out onto the balcony. I noted that the "orb" seemed to be in the vicinity of the nuclear power plant. My mind raced with all the possibilities, a plane, a search light, quickly discounting each.

I yelled out for my brother-in-law who was at my side within seconds.

I was yelling "what is it, what is it"? He started yelling, "it's a UFO!” He had grabbed my arm, and I remember I glanced down to see my own goose-flesh.

Almost immediately after he said that it was a UFO, the full moon-sized orb, began to pulsate. And for some inexplicable reason, for which I cannot fathom I said, "they know we can see them." I include this statement despite the fact it might go against my own credibility as a witness with some people. There are too many others who have come forward with their experiences, for me to lack the bravery to be completely truthful with my recounting of this event.

After the pulsating the UFO, which appeared octagon in shape imploded in on itself, turning into a speck, and shooting straight up. At this point my brother-in-law's memory and mine differ slightly. He says he saw the orb implode, but not shoot up into the sky.

I clearly remember that I looked down towards the street and saw a single car driving eastward. I remember thinking we cannot be alone in seeing this. We went inside, and sat up in the kitchen discussing everything within our own experiences that could rationally try to explain what we had witnessed (despite my strange comment of a "them"). We were up until about 4 am. and I ran back to the sliding glass doors a few times that night to see if the orb had returned. It didn't, not that night nor in the many nights after that I would sit out looking for it.

It was an experience that has radically shaped the course of my life.

If you can provide further information in regards to this sighting, have had a similar one involving a nuclear generating station within the province of Ontario or elsewhere please contact us. We appreciate your taking the time to do so.