In March 2017 we were contacted by an Ontario resident who had an unusual experience in Goose Bay. In the witnesses own words:

"I recently came back to London from a business trip to Goose Bay, Labrador. I was driving on the mountain road (Churchill Road) 10km from Goose Bay when a ball of light appears, I grabbed my phone and taken a couple photos of what it appears to be a light beam moving slowly downwards from the ball of light and second photo of it hitting the ground and lighting up the area of contact and few acres plus. I cannot explain what my photos are and would like to see someone who can look at the pictures and give me a better idea of what I witness."

In answer to a few more questions the witness writes:

I have seen this with my own eyes as well when I came up the the top of the mountain, I saw the ball of light moving in position, I then stop and grab my cell phone to take the shot when the light beam from the ball came down light a lighting bolt in slow motion which gave me time to take two pics, right after the light hit the ground for maybe 3 seconds, the ball of light disappears within a second. The pictures were taken last month on the 26th of February, around 5pm.

Here are his photographs. You can click on each to open a larger version. 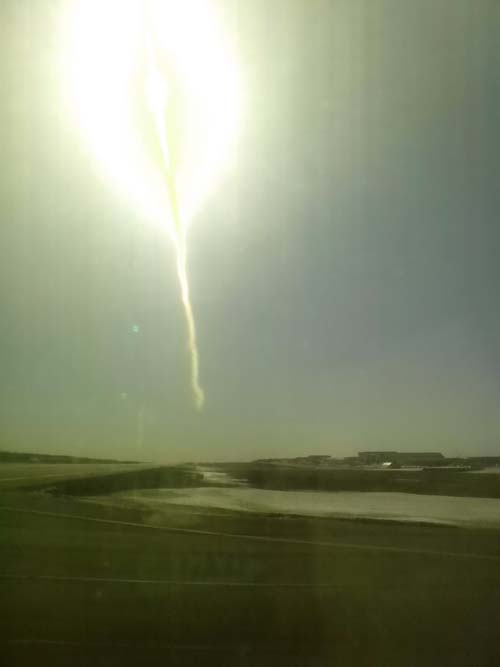 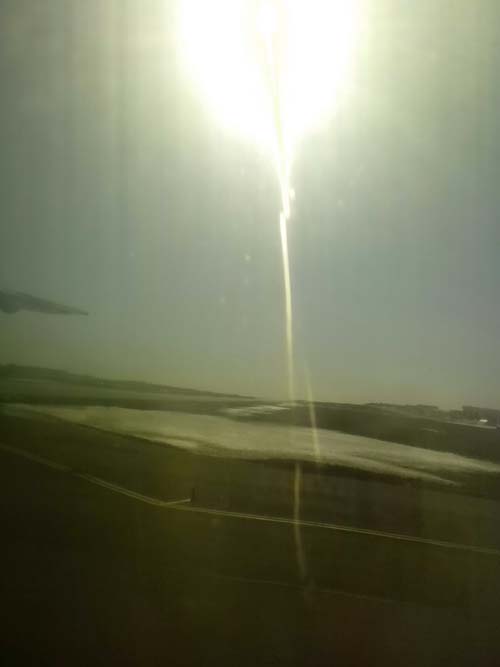 We believe the above photos depict a rare and as yet unexplained atmospheric electrical phenomenon known as ball lightning. The term refers to reports of luminous, spherical objects that vary from pea-sized to several meters in diameter. Though usually associated with thunderstorms, the phenomenon lasts considerably longer than the split-second flash of a lightning bolt and can occur during any weather. Occasionally these balls of light these are observed in ways that suggest a potential intelligent control. 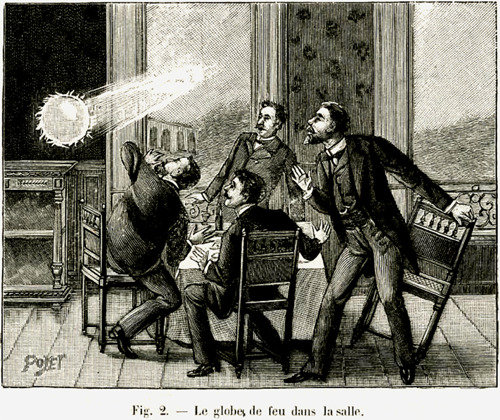 Above is pictured a 1901 depiction of ball lightning

Scientists have proposed many hypotheses about ball lightning over the centuries. Scientific data on natural ball lightning are scarce, owing to its infrequency and unpredictability. The presumption of its existence depends on reported public sightings, and has therefore produced somewhat inconsistent findings. Owing to inconsistencies and to the lack of reliable data, the true nature of ball lightning remains unknown.

The witness is satisfied with this answer as to what he saw and photographed.

Our thanks goes out to the photographer and to Dr Massimo Teodorani who kindly had a look at these captures and advised me of his thoughts on this report.