The photograph shown in Figure 1 was taken by me in St. James United Church in Montreal while attempting to capture psychic images. The occasion was a weekend psychic UFO conference in 1977. 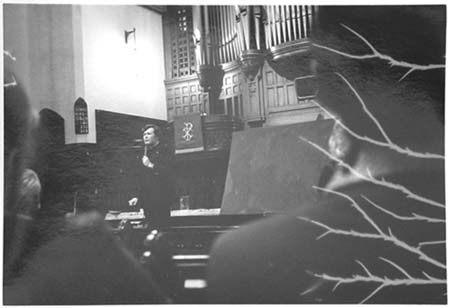 Figure 2 shows the panel discussion and there are some faces you may recognize. First seated on the left is the late Professor J. Allan Hynek the renowned and respected UFO investigator and founder of the Center for UFO Studies http://www.cufos.org/. Sitting next to him is Dr. Bernard Grad of the McGill University School of Medicine (now retired). Dr Grad carried out some very important and scientifically rigorous (but little recognized in conventional scientific circles) research on the effect of healing through psychic means.  Dr Grad also did a significant amount of work with Wilhelm Reich, experimenting with the Orgone Energy Accumulator. Sitting on Dr Grad’s left is Farther Stephen Barham a well-known instructor of the Silva Mind Control technique and is the speaker shown in Figure 1. 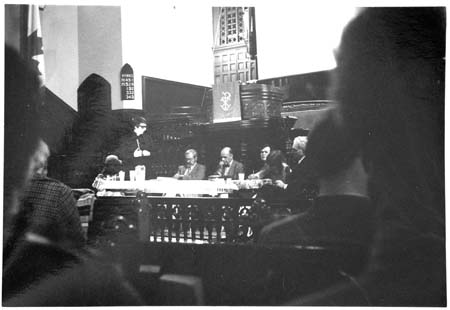 My wife and I felt that the venue may generate an elevated level of psychic energy and perhaps provide an opportunity to record something on film. We weren’t disappointed but what did we capture?

Following the conference we developed the film and were fascinated to see the strange dendrite like effects (Figure 1 being a typical example) appearing on 12 of the 36 frames. Careful examination of the negatives showed these effects to be part of the recorded image and not any form of mechanical damage or printing artefacts.

My wife and I are both keen photographers and have never seen anything like this before or since on any of our pictures. Had we captured a physic event? We showed the pictures to a professional photographer who immediately said “Oh that’s just sparking”. When the weather is cold the indoor humidity can be very low. If the film is rewound too fast under these conditions, an electrostatic charge can build up on the films surface and eventually cause air ionization across the surface of the negative. The resulting airglow exposes the film in a characteristic random tree-like discharge pattern. Well - the conference was in winter and it was cold so this seems like a very good explanation. Further examination of the negatives showed that the spikes did not respect the exposed frame edges but often crossed frame boundaries. This is of course consistent with the discharge explanation.

We published the photograph in Figure 1 in the journal MetaScience Quarterly, Vol.1, No.2 1980. In the following publication MSQ, Vol.1, No.3 another “sparking photograph” appeared submitted by a Professor Harold Sternbach. It was taken in 1958 in Antarctica by one of the Professor’s students who claimed that the spikes in the photo typically appear on pictures taken there. Again this fits the conventional explanation - so was it spirits or electrons? I vote electrons but nevertheless it seems strange that this phenomenon is not more commonly seen especially in Canada (or is it)? The student’s sparking photograph is the only other example I have seen of this effect. Perhaps a psychic venue is required to put some “electricity” in the air.

This story serves to emphasize that the interpretation of photographic evidence is not straightforward. It is necessary to explore all mundane explanations and consult experts before jumping to extraordinary conclusions. Extraordinary conclusions require extraordinary evidence. If this effect is ever legitimately captured on a digital camera then perhaps some deeper thinking is in order.

Our deepest thanks go out to John Miller for sharing his photos with us.