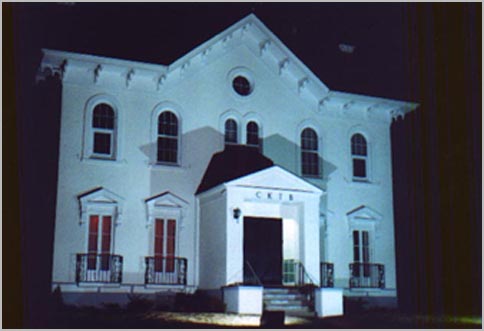 Welcome To Oak Hill - St. Catharines Ontario
"What if I told you I knew of a place that had two odd "evp" type recordings captured in it? A place that had doors that opened and closed seemingly of their own volition? A place that had a very visible object moved by unseen hands witnessed by several people? A place where electronic equipment picked up and broadcast mysterious voices and sounds. What if this place had several reports of the apparition of a man wandering about? What if a group of six people all experienced the same physical "problem" in the same place and a person claiming psychic abilities (without knowing this) said that it was caused by a ghost trying to block their movements?

What if I told you all this happened in the course of four hours?"

Please note that we at Para-Researchers Of Ontario do not endorse the idea that 'orb' photos provide proof of 'spirit energies,' any included on this website are for your interest only. The vast majority of 'orb' photos are in fact lens flares, reflections, dust, insects, etc.

Our personal thanks to staff and management of CKTB for allowing us unfettered access in order to explore the 'beautiful but strange' Oak Hill. And to our friends and colleagues at TGHRS for including us in their own investigation. It was a chilling experience and one which will not be forgotten!
Oak Hill was originally built in 1820 and re constructed in 1858 following a terrible fire in which arson was suspected. This grand structure was originally home to William Hamilton Merritt, builder of the first Welland Canal and War of 1812 hero. Hence the nickname Merritt House in recent times. Over the years the house has been an inn, a convalescent hospital, a rooming house and finally, a radio station.

Para-Researchers Of Ontario members Lisa, Sue and Krys were invited to participate in a joint investigation of Oak Hill with the Toronto Ghosts And Hauntings Research Society and a ghost-related segment on a CKTB radio show. Arriving at the house/radio station at approx. 8pm we took a brief tour of the four level building and set-up our recording devices in different locations. We then split up into teams of two to cover the various areas of this large and historical structure both before and after our portion of the radio broadcast.

- One of our members experienced extreme vertigo on the main staircase. She was fine on all other sets of stairs including those leading to the attic, which were far more smaller and steeper. Unbeknownst to our member at the time a person with some psychic abilities who was a guest on the previous evening's radio show had in fact stated that there were "entities" located on the main staircase and were purposefully blocking people's movements.

- The same member whilst unknowingly alone on the top two floors of the building clearly heard a female voice in close proximity whisper the word "yesssss." She answered believing that it was her colleague whom had returned to the main lobby area to retrieve a forgotten flash light. When no return reply was forthcoming she did a check of her surroundings only to come to the startling realization that she was quite alone. Proceeding towards the top of the main staircase in order to rejoin the group and to report her strange experience, she again experienced extreme vertigo and remained upstairs quite shaken until the others joined her.

- Another member experienced large black shapes and movements out of the corner of her eye in the boardroom/original master bedroom.

- Some members of the TGHRS witnessed a colourful 'light' display while also in the boardroom. When one of our members attempted to move closer to the 'light' show she experienced a bone chilling cold draft - "similar to standing directly in front of an air conditioning unit in the middle of winter." Please note that this particular room was always slightly cooler in temperature, but a check of the windows proved that each was tightly and very recently sealed allowing for no drafts. This "cold spot" was also perceived to move to various locations in the room before completely dissipating.

- Videotape shows balls of 'light' darting around both the attic and boardroom areas (these could very well be dust particles caught in the range of our light source). As well as what appears to be a door swinging open where no door exists! 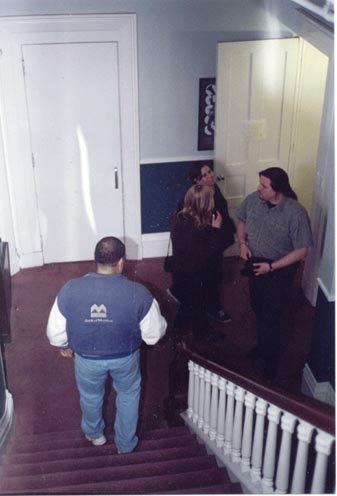 Strange photo taken from the main staircase with a Minolta SLR X510 35mm and 400 ASA film. The light to the right and above our member's and TGHRS member's heads is most likely due to a light source in the entranceway to the basement area. However, both are questionable enough for possible consideration. 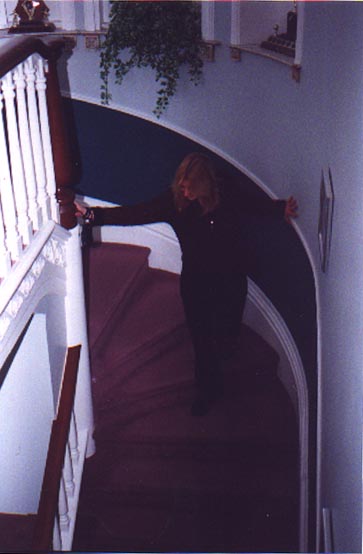 One of our member's having extreme vertigo on the main staircase. Camera and film used are same as above.

Could a door have existed in this location pre the reconstruction in 1858? Perhaps leading from the then master bedroom to a child's bedroom? To date we have been unable to locate architectural/design plans for this building that could confirm or refute these questions.

Please note that these stills were slightly brightened in order for easier viewing on the web. 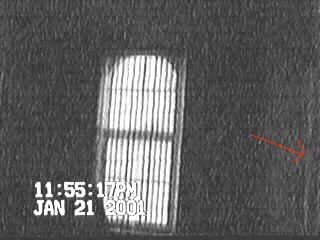 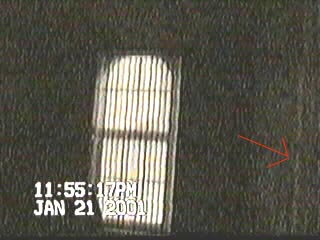 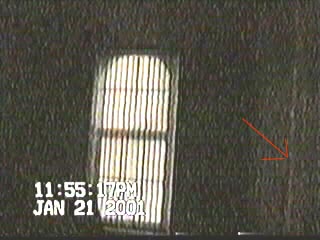 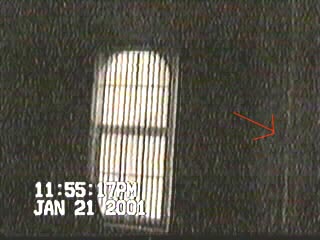 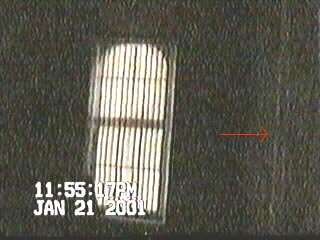 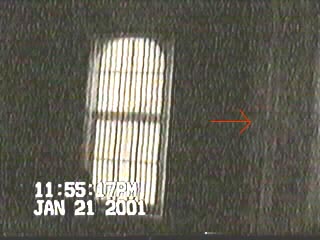 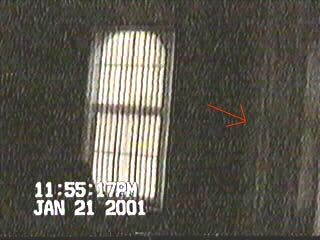 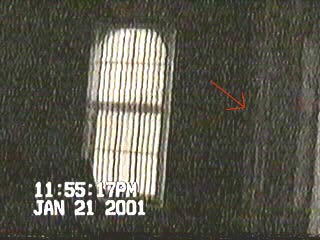 - Audio tapes captured two possible anomalies. One an EVP of a feminine voice saying "Shut up Matthew, Shut Up!" This came directly after a statement made by Matthew Didier (founder TGHRS) to five others standing directly outside of the boardroom and leads to speculation that this was the result of a 'being' or 'entity' that perhaps is conscious of it's surroundings and time period. Another possible explanation is an imprinting on the tape by one of the six people immediately outside of the room via PSI. Either speculative hypotheses is highly intriguing!

This EVP was recorded at a time when we can verify by use of camcorder that the boardroom was completely empty! The camcorder clearly picked up the conversation being held by the six investigators outside of the room, but did not record the EVP. The only one of it's kind that we are aware of. It is by far the most superior of all EVP captures at this location by both organizations involved and very unique indeed. As a direct result we at Pararesearchers always utilize a secondary recording device when attempting EVP captures.

Click here to download or listen to the "Shut up Matthew, Shut Up!" EVP in mp3 format.

The second anomaly is a recording of a series of eight 'humanish' sounding moans. While very strange, we are unable to verify that no one was on the upper floors (where activity seemed to be contained on that particular evening) at the time of the recording. Therefore while it has has received some attention and radio air play most recently (2005) on CFRB 1010 am we do not include it on this website.

At this time we can offer no proven 'natural' or 'supernatural' explanations for the occurrences that are related within this article or of those of our sister website the TGHRS although some may certainly exist. It is in our opinion that further investigation of this building is warranted and desperately needed.

For an in-depth look at the Toronto Ghosts And Hauntings Research Society's other investigations regarding Oak Hill/Merritt House please click here.Our personal thanks to staff and management of CKTB for allowing us unfettered access in order to explore the 'beautiful but strange' Oak Hill. And to our friends and colleagues at TGHRS for including us in their own investigation. It was a chilling experience and one which will not be forgotten!