The Guild Inn Scarborough Ontario - Investigation with the TDSB

Nothing out of the ordinary was captured or experienced during the TDSB class visit to The Guild Inn. However, the following photos give an excellent idea of the current state of this historical site. 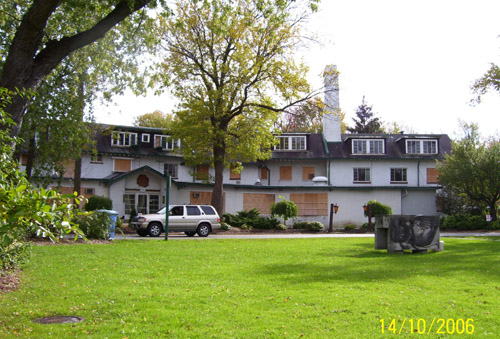 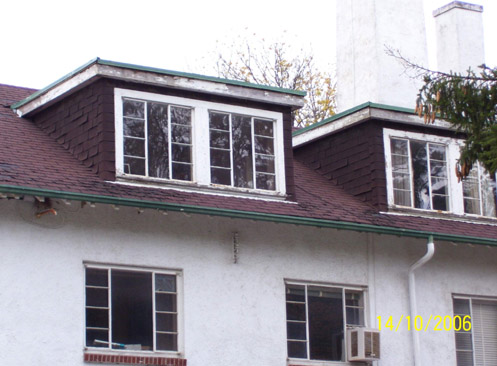 "I have been meaning to send this story in for a long time. But have changed my mind time and time again. It gives me chills just thinking about it. I reconsidered after hearing a paranormal radio program on Saturday night as callers called in talking about their experiences first hand. Here it goes.

On the New Years Eve 1999-2000, my girlfriend and I were staying at the Guild Inn. We were not the only ones in the hotel. As other guests checked in. We were greeted warmly, and I remember we even signed the guest book. I cant remember exactly what room we were in, but I am certain we were on the 3rd floor about the middle of the hall of the new section of the hotel. I remember admiring the big stone arch outside from the window, as this was where the room was facing the park. I admired the artwork that was in the hallway. I remember it as being very quiet, but yet warm and there was a nice musty and musky smell that made you feel that you were home. As the continuation we had our fun, had our little party and watched the New Years Celebration. The room was warm yet, if you went to the window area of the room it was really cold. We did what a normal couple would do in bed. As we were doing what we were doing as a couple there was like a loud boom, boom, boom coming from the wall where our head board was. The head board of our bed was against this wall. I yelled back sorry, for disturbing. As we slept I had this nightmare, at that the time I thought it was a nightmare. I was staring at a blonde women, wearing a red dress, floating above me, just kept on asking me for my soul. I remember it was like a half male and half women distorted. I thought I was just having a dream and then realized a cold wind blowing on my face as it spoke, the womens pupils dilated and turned black. As it asked for my soul again, I my hair was on its back and I yelled out my girlfriend has my soul. It looked at me and growled and looked at her and turned away as if horrified and left through the window of our room. I don t know why but I got up and ran, and looked out the window in the snow and saw footprints one step after another if someone was running but no one was there. I was feeling faint and fell right back in to bed, it was morning when my girlfriend at the time woke me up and told me just get our stuff and lets get out of the place. When I asked her why, she said didn't want to talk about. Till this day she still does not want to talk about."

Our thanks to the witness for contacting us. From the Webmaster: Please note the Asian folkloric overtones of this experience, which make it highly intriguing! I am currently studying Japanese ghost lore and we have noted that as Toronto becomes more and more diverse and cosmopolitan these types of ghost encounters are becoming more frequently reported. Very interesting!