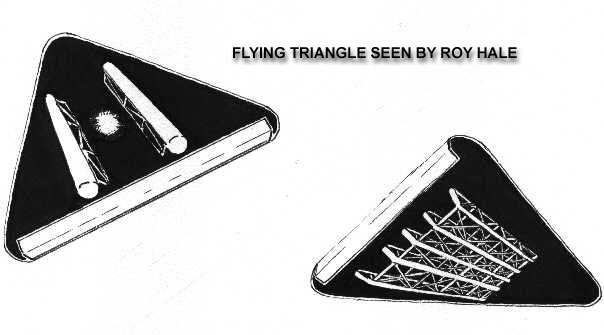 
The question like the one above, is a prime example of how certain individuals cannot come to terms with the fact that there are certain people from all corners of this world that have somehow or other managed to have contact with an intelligence which is far beyond anything they could ever imagine. As a child growing up, I would find myself being attracted to the stranger things in life, and I would constantly find myself in rather unusual circumstances and situations. I would also suffer from constant déjà vu, so much so that at one stage I thought I was living in the future.


My fascination about the paranormal aspects of life increased tenfold soon after I had a rather unusual encounter with an apparition whilst walking past the local graveyard in Hackney, where I used to live. The apparition was of an old man who was digging a grave, he was wearing an old cap and was dressed in Victorian clothing. The time was 5pm early evening and it was still quite light at the time. As I walked past the churchyard wall, I saw the man digging at a grave, I stopped for a second to get a good look and sure enough, there he was I must add that he did not see me. I then carried on walking, stopping suddenly and turning round to take another look.
To my surprise, the man had vanished within the space of ten seconds and I was so baffled that without delay, I hopped over the churchyard wall to take a further look. I had a good look around, even at the grave where he had been digging, but there was no sign of movement of earth near the grave and the graveyard was completely empty. This proved to be the start of a very paranormal life.


Approximately six months had passed, and on this occasion I was walking down the main high street in Hackney, which was Homerton Road. I was with some friends, having a laugh as kids do, (I was 12 at the time) when suddenly from nowhere, out of the sky came an enormous red fire like object which seemed to be descending down to the back of some houses about a mile away. I froze to the spot and it felt as if time had stopped dead, but within seconds the object had vanished and I was back walking along the high road with my friends. I asked my friends if they had seen the object and to my astonishment, they all said no, this answer felt to me as if I had somehow been singled out to view this object. I was also left feeling a little bit insecure, as by now my friends were looking at me quite strangely.


Shortly afterwards, I began having flying dreams, where I would find myself flying around my estate. Amazed how I could easily glide with no effort, but there would always be someone with me, someone who at the time, I was sure was my Guardian Angel, due to the fact that his/her appearance was almost angelic with a kind of golden glow around him/her. Nevertheless, being only a child, I never really looked too deep into this, but I always had the feeling that I was being looked after in some way.

During this period, my luck had increased quite dramatically and was finding that I didn't need to put a great deal of effort towards making the luck work. If this was a side effect from the other factors, I couldn't tell you, but it sure was welcome. At the age of 16, I was busy being a typical teenager, whose interests were (and are still) music and enjoying life to the full. One weekend while I was camping, I had a clear daylight sighting of a disc, this was a clear visual sighting which lasted for about half a minute, and again I felt like in the earlier experience, that time had stopped.
Now, being that little bit older, I was quite aware that something was not quite right and what I had just seen was, in fact, telling me that I should be more open to the idea of ET contact and to get used to it.


After living in Hackney for 16 years, my parents decided to move to Dagenham inEssex. This was to prove a turning point in my life, I didn't really want to move, but I had no choice. The move from Hackney to Dagenham went quite well and I was settling down to life in Essex, when in 1993 I had an abduction experience which left me feeling quite insecure, but even more certain of what I had been experiencing during my life.


After this abduction experience, I started to read as much about UFO's as possible, I even joined a local UFO group, which helped me greatly at the time with regards to information on UFO's. I subsequently found out that I wasn't the only one who was having this type of contact, my awareness became greater. At this time, I was seeing quite a lot of UFO's, day and night. One reason I believe this was happening was due to the fact that they knew that I was aware of them showing themselves to me and would therefore be open to more viewing. After some time in this local group, I decided to go my own way and investigate UFO's on my own, this I did and have never looked back.


In 1996 while I was in Wiltshire with two colleagues, I had my first encounter with the military after viewing and filming some UFO's (please see issue 1 or UFO Reality Issue 6 for my article entitled "Is this just happening in Wiltshire?"). As you will find out if you read the above mentioned article, this was not a pleasant experience. On 4th July 1996, I found my first Crop Circle that was formed at Littlebury Green, Essex. This formation became a much photographed Crop Circle and was quite spectacular. However, it was an event that was to happen six days later that would startle me so much.


It was Sunday 20th July 1996, I was making a trip down to Cambridge to one of my brothers, a trip I had made often, but on this particular occasion I decided to take the scenic route, which went near the village of Ongar, near Epping Forest. As I was driving along the country road, out of the corner of my eye, I suddenly saw a very large, rectangular shaped light, which was a deep red colour and it seemed to be pulsing once every five seconds. It was the sheer size of the light that astonished me the most and I also couldn't believe that I was the only person seeing this object, as all the other cars seemed to be ignoring the craft. After viewing the craft for approximately one and a half minutes, I pulled over to get a better look as it looked as if it was ready to land. I was glad I did stop, because what I was observing was in fact the now famous Black Triangle.


This craft was a perfect triangle, which was about 200 feet in length and 80 feet across, the craft was hovering at approximately 90 feet from the ground and at first was moving at no more than 10 mph. On the underside of the craft, were two scaffold type looking tubes sitting on either side of the craft and there seemed to be a kind of metallic grill looking pattern structure near the tubes. The object had a huge rectangular, red light at the back, with a single, glowing, white/gold light in the middle. There was no sound or noise during the sighting. The craft then slowly started to glide away from the area and would soon disappear out of sight. I was left awe struck and for the first time, I felt a weird sense of fear running through me because I sensed this craft may not be from Earth. This sighting was to be my first contact with the Triangle, but certainly not the last.


Thursday 24th July 1996, four days later and I was driving down the M11 motorway. It was 4:15am, I was working (I work as a courier driving at night), when I briefly glanced up at the crystal clear sky, and to my amazement, I could see a formation of white triangle shaped lights just sitting in the sky. I quickly pulled over on the hard shoulder, jumped out of my vehicle and proceeded to look up. As I did this, the lights seemed to drop lower, then they started to move away at a very slow pace silently.


To date, I am still viewing UFO's on a regular basis and feel this has got much stronger over the years. I have also come to appreciate, respect and learn about the intelligence that has shown itself to me over the years, and still continues to do so. Some days I find myself sitting on a hillside on a lovely summer's day, taking in the beauty around me and actually communicating with this intelligence. It really has opened my eyes to who I really am, and who we are.


Why have they shown themselves to me? I can't answer that question, but I find that life is a learning process and what has been happening to me is part of that process and to one, which I am grateful.


To my friends,
Roy

Para-Researchers would like to take this opportunity to thank Mr. Hale for allowing us to publish his experiences and bring them to our readers. You may contact the author directly through his website “Down To Earth Magazine”